life is a struggle, jihad is struggle, life is jihad

Lately there has been uproars on the social networks and alternative medias about the rise of living costs and subsidies cuts in Malaysia starting 2014. in less that a year, the new appointed government (mind you, the same political party since Malaysia's independence) has gone the other way from their promises. up until now, ive only seen one person who was a bn supporter complained on facebook about the rise of cost of living. im not sure if the rest are still being fooled by the government or they just suffer in silence. hopefully they are ashamed for the vote they made in ge 2013

however, this isnt the topic i particularly want to discuss here. looking at the struggles my fellow malaysians are (or will be) facing made me thinking. life is actually a struggle. human life might have been easier since the dawn of civilisation but  nevertheless to survive on this world is not easy.

going back before there was any civilisation, humans lived in small communities in places like caves or tents. back then, there were a lot of huge carnivores which preyed upon humans. life was savage. it was literally living like wild animals- find food and avoid being a food. there was no sympathy. natural selection is on action. 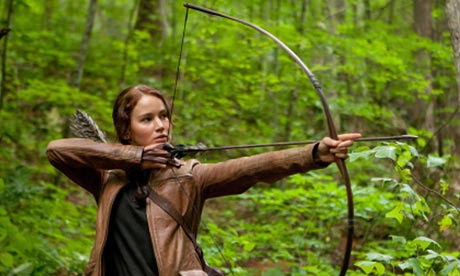 but then we went beyond that. humans discovered farming and excess food can be made. consequently, human population increased. as population became bigger, town got larger and there is a need
for a governing body. maybe this was the time that society began to stratify into classes. before, everyone is equal. everyone needs to hunt and find food, but now there are kings, elites, citizens and slaves. life might be easier for the kings and elites but normal citizens and slaves still living 'kais pagi makan pagi'

have we changed since then?

in a lot of places, a representative groups of people nominated by citizens have replaced kings and emperors. however, inequalities in wealth still exists. just the other day, i watched a documentary about life of billionaires. Bill Gates, currently known as the richest person in the world makes 4 millions dollars a night. that is more than 3 generations of normal people could make in their lifetime! thinking that these billionaires complained  that they have more money that they could spend while most people in the world still struggle to make ends meet is just insane.

i thought we have managed to escape natural selection. i could not be more wrong. a new form of environmental pressure called free market is at play. money makes you strong in this society. i suppose this is capitalism at it's extreme.

however, i believe it is government's duty to stop free market from going rampage. it is government's responsibility to distribute wealth equally. but what happens when government turns their faces away? instead of narrowing the inequality gap, they are the one chasing after power and money. who then, could save humanity?

suddenly i am reminded by God's messages to all his prophets. rarely did God appointed the elites as His prophets. and his messages always include: 'give to the poor, be humble, human are all equal'.

and i suddenly remember about this video:
does money make you mean?

we as human have long way to learn how to better govern a society.
Posted by Unknown at 9:22 AM